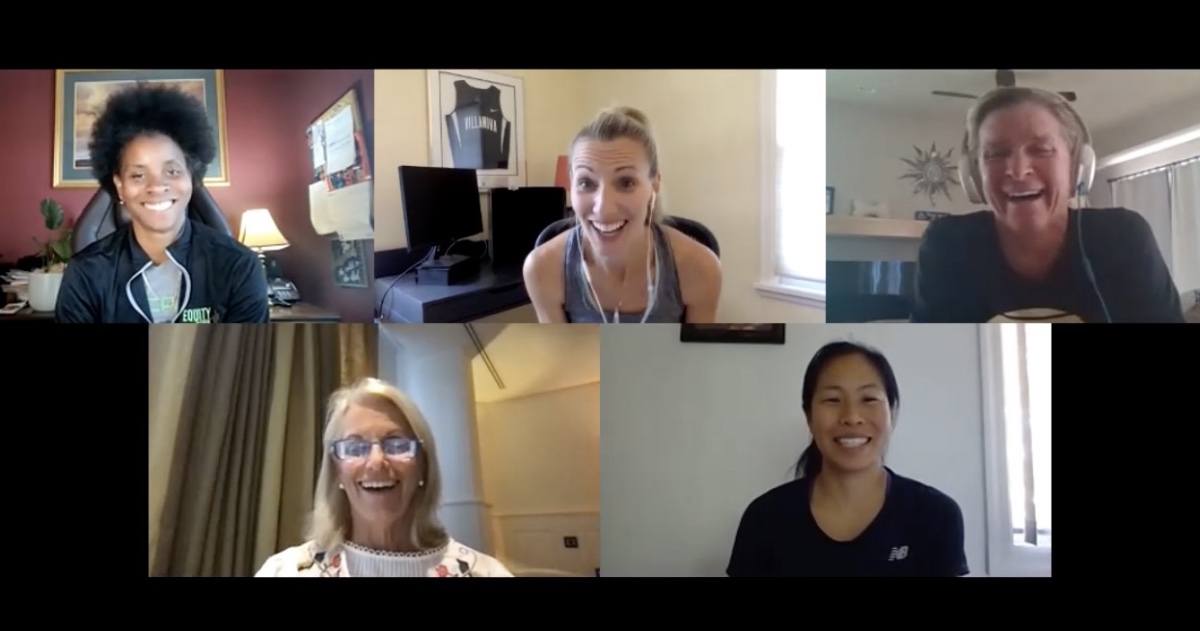 Carrie partners with UCAN to celebrate the 50th anniversary of Title IX! Together with Linda Quirk, Dede Griesbauer, Maurelhena Walles, and Jane Vongvorachoti, the five ladies discuss how they got into running, how the passing of Title IX impacted them, not being afraid of trying something new, their hopes for women’s running in the next fifty years, and much more!

– Ultra Marathoner
– 2019 – she completed the world marathon challenge – 7 marathons, on 7 continents in 7 days. She celebrated her 66th birthday crossing the finish line of that 2nd to last race
– 2013 – she completed two 135 mile ultra marathons and broke the badwater age group record, which had not been broken in 60 years
– 2010 – she become the first american women and oldest person in the world to compete racing the planet’s 4 desert grand slams
– 2008 ran 7 marathons on all 7 continents in 1 year

Olympian, Marathoner, coach
– 2016 Olympian for Thailand in the Marathon
– 2014 NYRR Runner of the Year for her age group
– 2015 10,000 Meter bronze medalist in Southeast Asian games
– Running coach and personal trainer