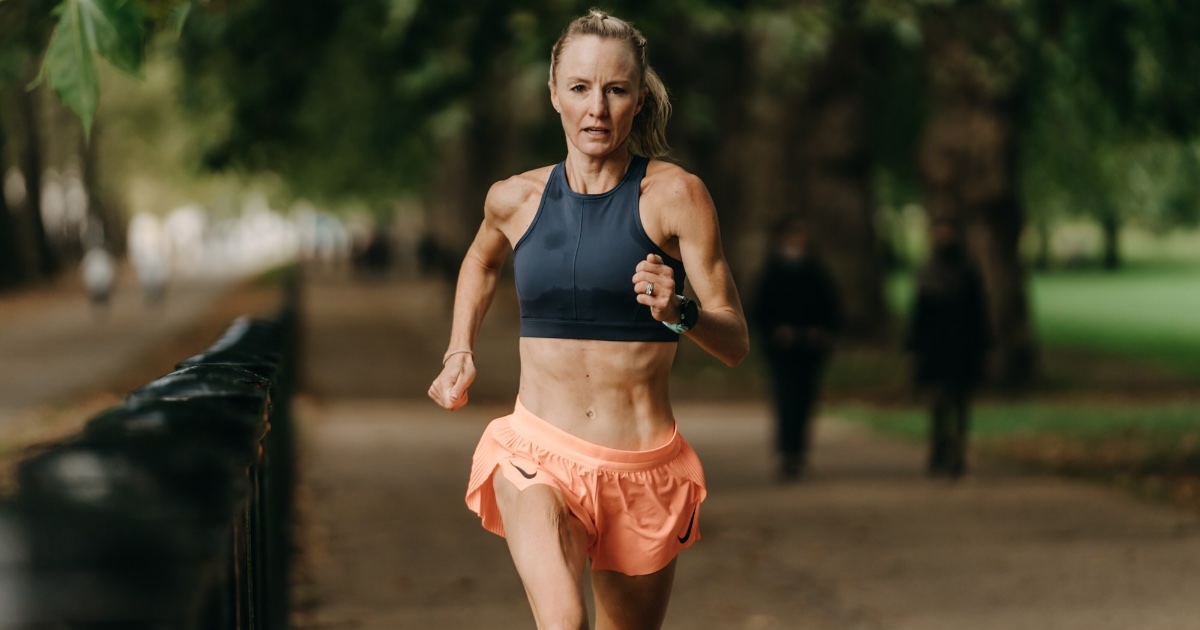 Carrie welcomes Olympian Shalane Flanagan back to the show! They discuss Project Eclipse, which is Shalane’s attempt to run every Abbott World Marathon Major in a 42 day period. They also discuss her training, her cravings, her recovery, what she thinks about walking in a marathon, her little boy Jack, her husband, her cookbooks, and so much more!

When you do what you love – like running, like racing, like enjoying the great outdoors – you want to do it for life. InsideTracker analyzes your body’s data to provide you with a clear picture of what’s going on inside you and to offer you science-backed recommendations for positive diet and lifestyle changes. For a limited time, you can get 25% off the entire InsideTracker store at insidetracker.com/ctollerun

Simply put, Shalane is one of the most accomplished distance runners in US history. Shalane had early inspiration and motivation in the form of her parents Steve and Cheryl, two avid runners. She would soon go one to surpass both their accomplishments and just about everyone else’s in the process. After growing up in Marblehead, Massachusetts, she attended the University of North Carolina where she amassed an astounding 15 All-American honors and 3 NCAA titles. She continued to have success in her early professional career, setting American records at 3,000m (indoors) and 5,000m (outdoors; since broken). After several years at the top of the American ranks, Shalane broke through on the stage with a Bronze medal at the Beijing Olympics, setting an American record of 30:22 in the process.

In 2009 she made the decision to join Coach Schumacher in Oregon and has only continued to add to her legacy. She set the American record in the indoor 5,000m in 2009, finished 2nd in the New York City marathon (her debut, no less) in 2010, and won a bronze medal at the 2011 IAAF World XC championships. In 2012 she made her third Olympic team by winning the Olympic trials marathon and then came in 10th at the the Games in London.

Her reign of excellence continued into a 4th Olympic cycle as she won the 2013 USATF championships at 10,000m in dominating fashion and then set a marathon personal best of 2:21 at the 2014 Berlin Marathon. In 2015 she made her seventh (7!) World Championship team in the 10,000m and finished 6th in the event in Beijing. A fall injury threatened her buildup to the Olympic Trials marathon but she made her fourth Olympic team in dramatic fashion, finishing 3rd despite nearly blacking out the final two miles in the sweltering LA heat. At the games in Rio her and teammate Amy Cragg both finished in the top 10 with Shalane coming in 6th.

In the spring of 2017 Shalane was sidelined by a stress fracture that caused her to miss the Boston Marathon. After an incredibly short build up she barely failed to qualify for the World Championships in the 10,000m, finishing 4th at USAs. 2017 will not be remembered for those setbacks, however, as that fall Shalane became the first US woman in 40 years to win the New York City Marathon. In a career full of highlights, this was the coup de grace.

Shalane is married to Steve Edwards (AKA Steve the Jogger) a fellow Tarheel who has long served as her agent and, when he can summon the strength, training partner. She has always had a passion for art dating back to her school years and likes to end a hard days training by snuggling with her cat, Boo. In 2016 she published a cookbook with recipes for runners: “Run Fast, Eat Slow” which went on to make the New York Times Bestseller list.