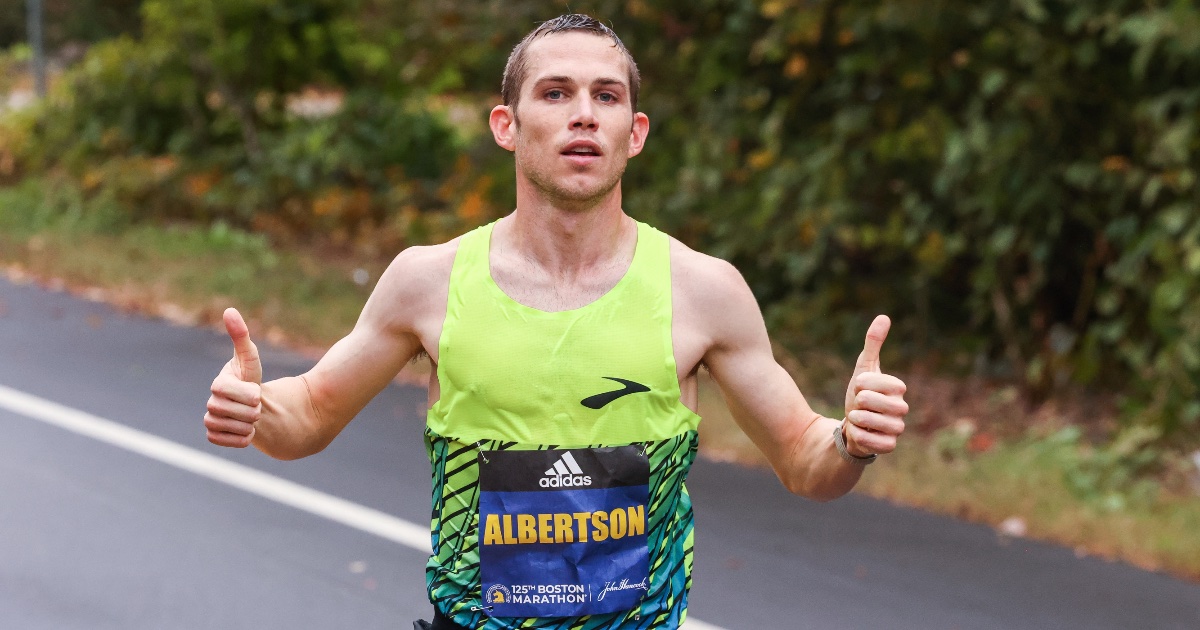 CJ Albertson – I Ran To Win

Carrie chats with CJ Albertson, the man who led the 2021 Boston Marathon for 20 miles before finishing 10th overall (and second American)! They talk about his race and his strategy, why he thought it was important to keep the crowd engaged, how he broke through the wall to finish out the race, how his friends and family reacted to his performance, his history in the sport (including several world records), and much more!

Have you tried the new UCAN Edge? The first and only on-the-go training fuel powered by SuperStarch, Edge puts you in the ideal performance state by keeping blood sugar stable, so you can work smarter AND harder. Try what fuels Carrie’s training and gives her a long-lasting energy boost throughout the day. Save 20% on your order by visiting ucan.co/carrie and using code CARRIEUCAN.

Bio courtsey Clovis Community College
CJ Albertson was born and raised in Fresno and attended Buchanan High School. During his time as a Bear, he was a part of 7 team Valley Championships (4 in Track, 3 in Cross Country), and was a Central Section Individual Champion in both Cross Country and Track. He was a 2-time Fresno Bee Runner of the Year and achieved 3 Top-10 Finishes at State. He also still holds the All-Time State Junior-class record at Woodward Park with his time of 14:51. He capped off his Senior Year by winning the B’nai B’rith award before heading to Arizona State University.

While in college, Coach Albertson continued his running and academic sucess. He obtained his Undergraduate Degree in Exercise and Wellness and became the ASU School Record Holder in the Indoor 5000m, achieved Top-10 All-Time marks at ASU in 4 different events, and qualified for the NCAA Track and Field National Championships. He was also an Academic All-American and the Pac-12 Track and Field Student Athlete of the Year while obtaining his Masters Degree in Physical Education and teaching credential.

After coaching at West Ranch High School in Santa Clarita, Coach Albertson moved back to his hometown to become the inagural Cross Country/Track & Field coach for the Clovis Crush. In his first year, he led both the Men’s and Women’s teams to the State Championships. In year 2, the Women’s team achieved a 3rd place finish at the Northern Regional Championships and won their 2nd Conference Championship- leading Albertson to become the 2x CVC Conference Women’s Coach of the Year.