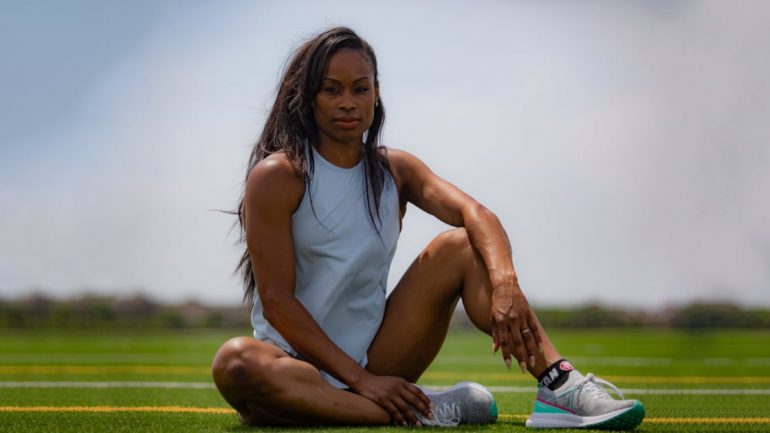 Carrie welcomes Mechelle Lewis Freeman back to the show! This time, they talk about motherhood, being wives, distance learning, and life in general. They share a spirited discussion around racial injustice, diversity in the running world, leading the next generation, and Mechelle’s idea of street races at major marathons.

A Maryland native, Mechelle Lewis Freeman is a graduate of the University of South Carolina where she obtained her Bachelors and Masters Degrees in Mass Communications. She went on to manage marketing accounts for global brands including, Coca-Cola, IBM, and Xerox. A world-class sportswoman, Mechelle is a USA Track & Field 2007 Pan American Double Silver Medalist, 2007 World Champion, and 2008 Olympian. Her events included the 100 meters and the 4×100 meter relay. Currently, Mechelle turns her focus to TrackGirlz, her nonprofit organization she founded to empower women and girls through track and field while exposing sport-specific female role models. She is also a sports performance coach, specializing in speed development, and is the Assistant Relays Coach for USA Track & Field National Teams. Mechelle now lives in Frisco, TX with her husband, David, and their two children, Bayne and Harley.