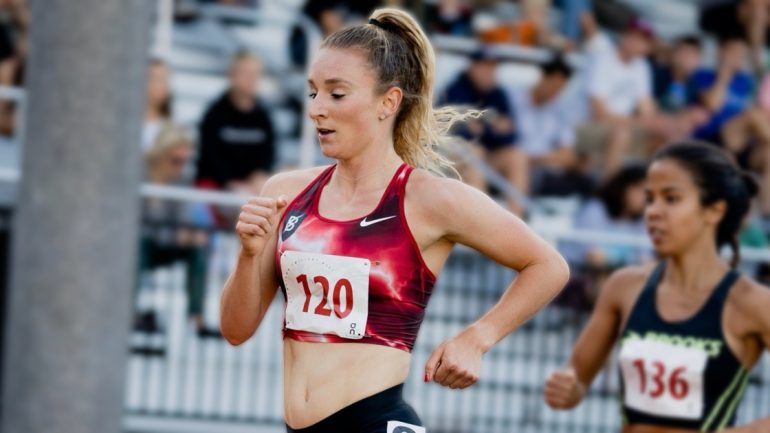 Elise Cranny – I Can Do That, Too

Carrie chats with Elise Cranny, one of the brightest young stars in American distance running! They chat about her recent 14:48 5K, how she got into the sport, her first injury as a pro, running 1 Million Miles for Justice with the Bowerman Track Club, and how she is finding the courage to be authentic.

Elise was standout runner at Niwot High School in Colorado, where she won two 4A state cross country titles and ran the 3rd fastest high school 1500m time ever (4:10.95). After high school graduation in 2014 Elise attended Stanford University. She was a 12 time All-American and finished second at the NCAA Championships four times. In 2017 she was a mere .0004 from the title at 1500m. She was key part of Stanford’s 2018 third place trophy in Outdoor Track and was the anchor for the Card’s perennially contending Distance Medley Relay. She joined BTC in the early spring of 2019 after finishing her college career in cross country the previous fall. Since joining BTC, she has run 4:05.83 in the 1500m and 14:48.02 in the 5k.”