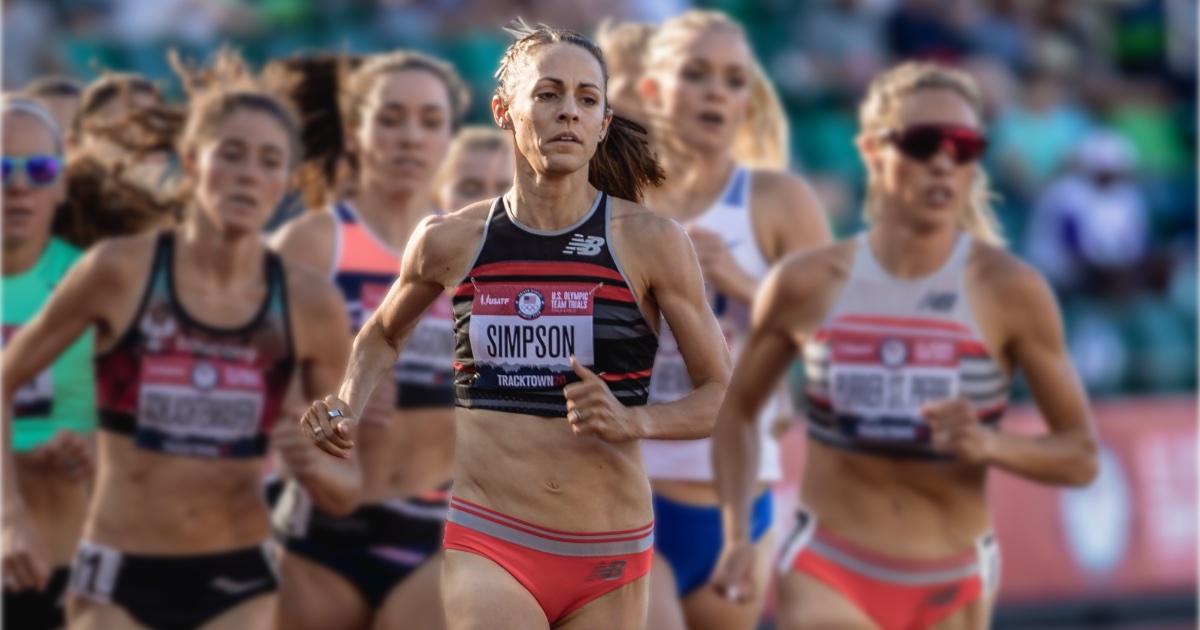 Jenny Simpson – It Hit Me

Carrie welcomes 3-time Olympian Jenny Simpson back to the show! They talk about her new puppy, gardening, missing her fourth Olympic team, getting through the pandemic, why training with her world-class training partners consistently results in world-class performances, and so much more!

Bio courtesy of Bring Back the Mile

In 2018, the 3-time Olympian opened her outdoor racing season with an American 2 Mile outdoor and absolute record, clocking 9:16.78 at the Drake Relays in Des Moines, Iowa. In July at the Müller Anniversary Games Mile: Diamond League London meet, she finished 4th in 4:17.30, a track PR (#2 U.S. all-time outdoors and #3 overall). Like the past 5 years, Jenny closed her season at the 5th Avenue Mile and for a record 6th consecutive year (7th overall), she claimed victory, in 2018, clocking 4:18.8.

At the 2017 USA Outdoor Championships in Sacramento, Simpson won her fourth straight national 1500m title, recording 4:06.33 to earn another medal shot at the World Championships. In July at the Müller Anniversary Games, Simpson finished 5th in the Mile, clocking 4:19.98 to become the second fastest American woman outdoors for the iconic distance.

At the 2014 USA Outdoor Championships in Sacramento, Simpson won her first outdoor metric Mile national crown, breaking the beam in 4:04.96, and later in the summer of 2014, the world’s top Miler won the Diamond League title for her discipline. Jenny ended her stellar 2014 season by defending her NYRR Fifth Avenue Mile crown, edging fellow American Brenda Martinez, 4:19.4 to 4:19.6; it was her third FAM title. In addition, Track & Field News selected Jenny as the 2014 U.S. Women’s Athlete-of-the-Year and ranked her #1 in the world for the 1500m / Mile.