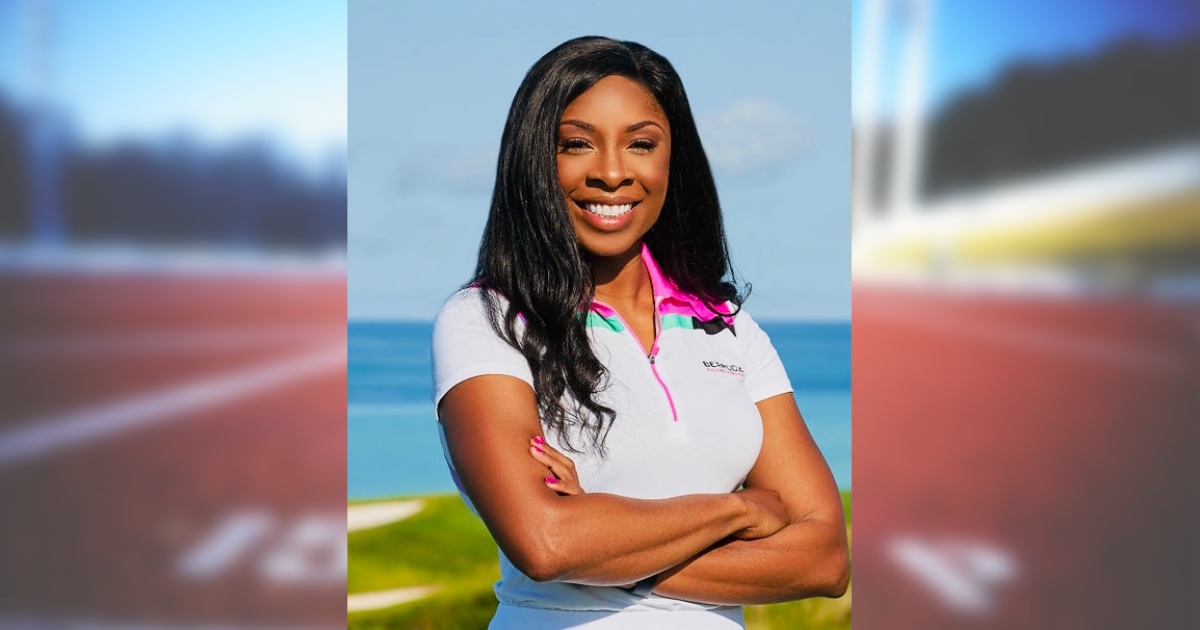 Hazel Clark – Lift Each Other Up

Carrie chats with 3x Olympian Hazel Clark! They chat about her role as the director of sports at Bermuda Tourism Authority, her career in track & field, being a mom and wife, the latest with her famous family, and so much more!

The AJC Peachtree Road Race will return to the Fourth of July weekend in 2021! The 52nd edition of the annual 10K race is planned for two days: Saturday, July 3 and Sunday, July 4. Runners and walkers around the world will also have the opportunity to participate in the race both in person and virtually. Registration is open until May 1, 2021. It is one of my favorite races and you don’t want to miss out!

Hazel Clark was born on October 3rd in Livingston, NJ. Hazel is named after her grandmother and mother and adopted the nickname Peachy as a newborn. To this day, family, friends and fans affectionately refer to her by her nickname. Hazel is a six-time National champion, three time Olympian and World and Olympic finalist.

Hazel is the daughter of Joe Clark who was portrayed in the Warner Brothers movie Lean On Me by actor Morgan Freeman and appeared on the cover of Time magazine. She is featured in his book Laying Down the Law and has appeared in numerous television features alongside her famous father.

Hazel is the sister of four-time Olympian Joetta Clark Diggs. Her sister-in-law Jearl Miles Clark is a five time Olympian and American record holder. Her brother JJ is a world-renowned coach, Hazel’s personal coach and served as the 2008 Olympic coach.

The Clark sisters made history when they swept the 800-meter event in the 2000 Olympic trials. The Clark family is known as the first family of track and field. A member of the Clark family has been on the last seven Olympic teams.

Hazel attended Kent Place School and Columbia High school. She began her high school career reluctantly and did not join the track team until her junior year. As a senior she was the top high school 800-meter runner in the country capturing the prestigious Golden West Invitational and National Junior Championships.

Hazel received a scholarship from University of Florida where she was coached by her brother JJ. While at Florida, Hazel was undefeated in SEC competition and won six NCAA titles. She also captured the NCAA meet record and won the 1998 800-meter NCAA title by the biggest winning margin in history. Her excellence extended to the classroom where she was a member of the academic All-American team for three consecutive years.

After college Hazel signed a multiyear deal with Nike and immediately joined the world class ranks, qualifying for her first Olympic team, advancing to the finals and winning the 2000 Olympic trials title. At the 2004 Olympics, Clark was eliminated from the first-round heat after she was burned severely in a freak accident. Hazel rebounded from the disappointment with one of the best seasons of her life setting a new personal record of 1:57.9.

Hazel has appeared in three global campaigns for Nike. Her likeness was displayed on billboards, store fronts, shopping bags and store fronts. She also appeared in print ads featured in Glamour, Vogue and numerous publications. In addition to her work as a Nike athlete Hazel has appeared in instructional videos, commercials and advertisements for Hershey, Coca-Cola and Home Depot. Throughout her career Hazel has hosted various events, radio and television shows. Hazel speaks, entertains and motivates audiences worldwide by speaking about her life experiences and the story of her career.

She has also served as an education ambassador for the city of Atlanta, US embassy appointed sports envoy, the Executive Director of the Georgia Track Club and is the co-founder of the Georgia Meet of Champions,

In 2016 after a national search conducted by the USOPC, Hazel was chosen to join the Coca-Cola global sports marketing team as an OJOP associate. This role enabled her to assist with on-site activations and sports marketing projects at the 2016 RIO Olympic Games.

Today Hazel serves as the first ever Director of Sports Business Development for the Bermuda Tourism Authority. Hazel is considered a favorite of the media due to her engaging personality. This quality has given her a platform to represent charities and causes she is passionate about.