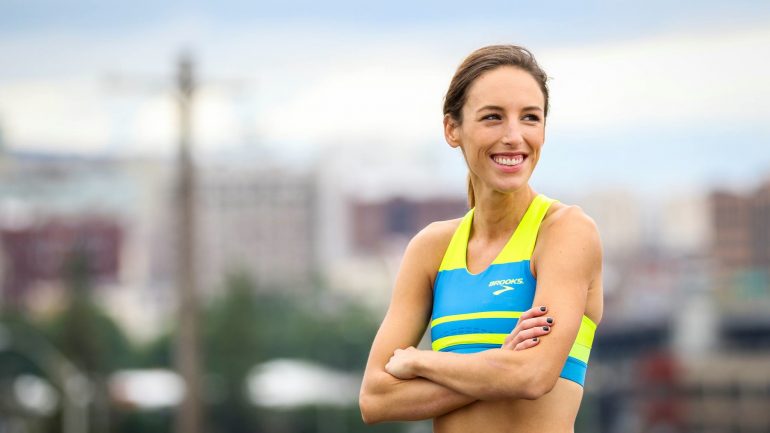 Gabriele Grunewald (née Anderson) is a professional American middle-distance runner and lifelong Minnesotan, born and raised in Perham, MN. She won one track & field state title in the 800-meters competing for Perham High School. Gabriele walked-on to the University of Minnesota cross country and track & field teams in 2004, where she was a part of several Big Ten Championship squads and eventually became an NCAA track & field All-American with a runner-up finish in the 1500-meters in 2010, her final collegiate race. Gabriele has run professionally for Brooks since 2010. Her career highlights include a 4th-place finish in the 2012 USA Olympic Trials and a USA Championship title in the Indoor 3000-meters in 2014. Her personal best in the 1500-meters is 4:01.48, making her the 11th fastest performer in USA history. Under the guidance of Coach Dennis Barker, Gabriele is aiming to qualify for the Track & Field World Championships in London 2017, and hopefully a spot on Team USA when Tokyo 2020 arrives. Gabriele is a three-time cancer survivor. She lives and trains along the banks of the Mississippi River in Minneapolis with her husband, Justin.