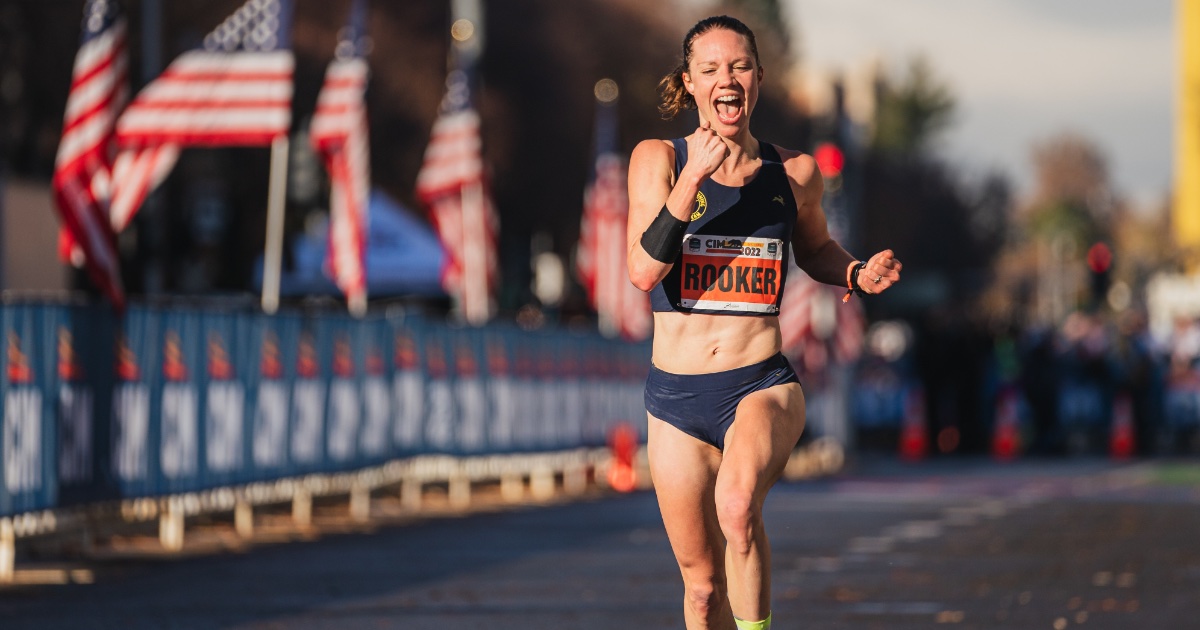 Gabi Rooker – Finding the Ability to Believe in Yourself

Carrie chats with Gabi Rooker! They discuss her new career as a marathoner, how she joined the sub-2:30 club (in only her third marathon!), how she transitioned from a stellar gymnastics career, her husband and coach, heart rate training, her dogs, and so much more!

Personal:
Gabi grew up in New Brighton, MN with her parents (Kate and Simon) and three siblings (Lucy, Sara, Jack). She attended Totino-Grace High School, The University of Wisconsin La Crosse for undergraduate, and Augsburg University for graduate school.

Gabi lives in Minneapolis, MN with her husband and coach, Alex, and their two whippet dogs, Naota (now-ta) and Felix. Fun fact, Gabi and Alex got Felix just after Allyson Felix retired. He is named after her because whippets are crazy fast. They can run up to 35 mph!

Athletics:
Gabi started as a competitive gymnast at Roseville Gymnastics in Roseville, MN. She competed collegiately at The University of Wisconsin La Crosse. She transitioned to running in her 20s. She started running seriously in 2018 and her husband, Alex, started coaching her at that time. Gabi joined Mill City Running in Minneapolis in 2019. Mill City has been instrumental in her development as a runner and helped her find her running community.