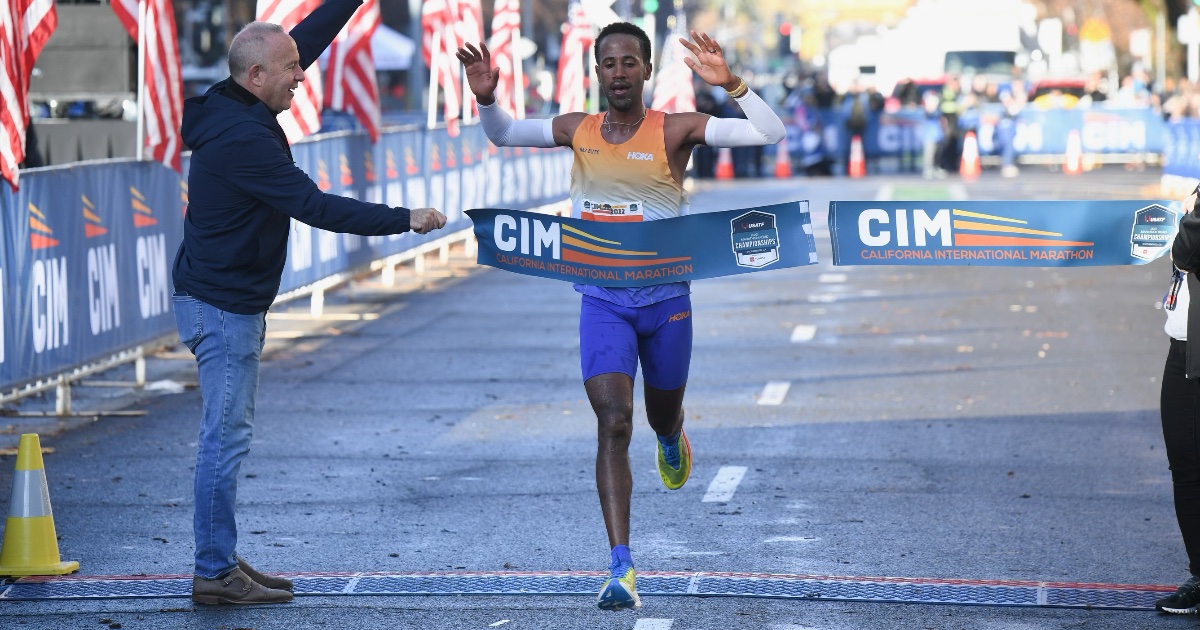 Carrie chats with Futsum Zeinasellassie! The 2x USATF Champion joins the show to discuss his recent debut marathon, tossing his cookies at the very end, his journey to the United States, his long career, his family, what distance he’ll be focusing on for 2024, and so much more!

Look good and keep your eyes safe while Getting After It with GOODR Sunglasses! Use this link and code CARRIE to get free shipping on your order.

Bio courtesy of HOKA NAZ Elite
A native of Eritrea, Futsum moved to the United States at the age of 14 when he and his family settled in Indianapolis. He attended North Central High School where he took up running and immediately became a standout athlete. He would go on to qualify for the then Foot Locker National Cross Country Championships three straight times, finishing seventh as a sophomore, and second as both a junior and as a senior. He also won the Nike Cross Nationals event as his senior year. All told, he won seven Indiana state titles and was one of the most sought-after recruits in the country.

He would go on to become one of the best runners in Northern Arizona University history and then remain in Flagstaff, Arizona where he now lives with his wife Samrawit and their son Eisey.

At Northern Arizona University, Futsum did something few collegiate athletes do; he earned four straight All American honors in cross country. He was 31st as a freshman, fourth as a sophomore, third as a junior, and then fourth again as senior–leading the NAU team to its first ever national championship in 2016. He was also a standout athlete on the track, finishing second in the 10,000 meters at the 2016 NCAA Outdoor Track and Field Championships by just one second to his longtime rival Edward Cheserek. He ended his NAU career with collegiate bests of 7:53.46 for 3,000 meters, 13:37.89 for 5,000 meters, and 27:52.70 for 10,000 meters.

After an outstanding collegiate career at Northern Arizona, Futsum signed with HOKA NAZ Elite in 2017. Though his first tenure with the team lasted only one year, he ran a personal best at 5,000 meters and set the team record at 10 miles (47:28). During the ensuing three-plus years he would establish himself as one of the best road racers in the U.S., winning the USATF 10 Mile Championships and the Monterey Bay Half Marathon in 2019, the Great Cow Harbor 10k in 2021, and setting a personal best of 1:01:23 for the half marathon.

He re-signed with HOKA NAZ Elite in the fall of 2022 and promptly won his debut at the marathon distance at the USATF Marathon Championships in December in 2:11:01, courtesy of a 14:59 5k split from 35-40k.