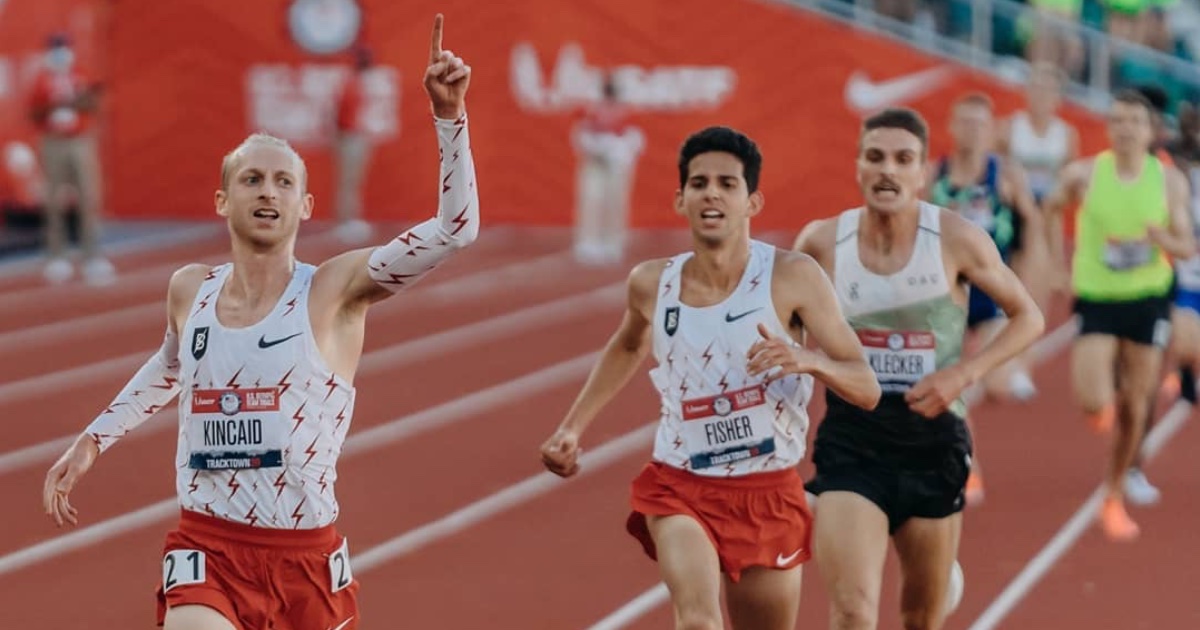 Woody Kincaid – I Want To Chase That!

Carrie chats with Olympian Woody Kincaid! They talk about his entry into the sport, running while his dad battles lung cancer, dealing with nerves and stress, his thoughts on Shelby Houlihan and her battle with doping allegations, why he needed to make the Olympics to get his contract resigned, and so much more!

Bio courtesy of Bowerman TC
“We were listening to a podcast the other day after a workout and it was about how baboons fling poop at the newest person at the herd until a female has groomed them, and essentially no female has groomed me yet.”

How better to introduce the character that is William Alfred Wiles Kincaid than with a quote in his own words from a Citius Mag interview in 2017? Woody is possessed of an oddball sense of humor, strong opinions, very little filter, and a burning desire to be one of the best runners in the world. As the above quote implies, he occasionally takes some crap from his teammates for it.

Woody grew up in Littleton, CO and began running his freshman year at Columbine High School. By his own admission he was not the most dedicated of burgeoning harriers: “I was the kid who showed up in jeans and skater shoes.” He quickly took to the sport, however, and showed tremendous promise, winning the Colorado State Meet and finishing 11th at Footlocker Nationals. He attended the University of Portland where he was once again slow to find his footing in a new environment, struggling with injuries. He burst onto the national scene as a redshirt junior by finishing 5th in the 2015 NCAA Championships 5,000m after taking the lead with 200 to go. Most running fans, however, will see his victory over Galen Rupp at a small meet in Portland in 2016 as his true breakout performance. His 13:27 PR in that race gained him entrance to the 2016 Olympic Trials where he surprised again by making the final and finishing 9th. Woody joined BTC that fall and his 2017 began with great promise when he ran 13:12 for 5,000m and finished second in the US Indoor Championships 2 mile.

Woody hosts and produces a podcast, The Price of a Mile, where he interviews professional runners about their journey in the sport. Many of his Bowerman teammates have been guests. He will never turn down a burrito, a board game, or an argument.