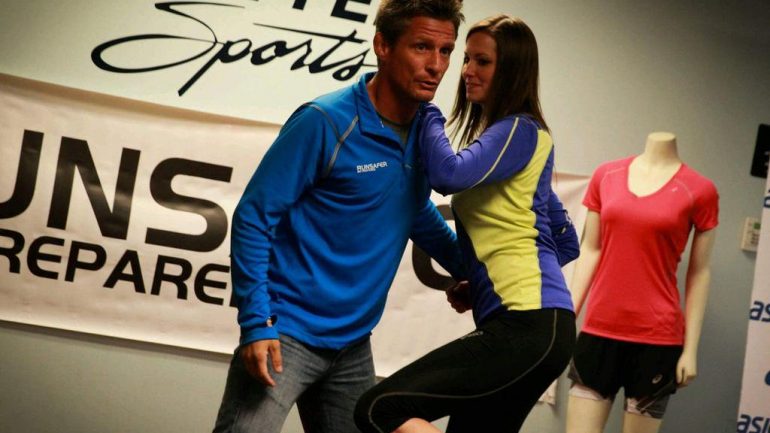 Carrie goes for a run with Olympian and Brazilian Jiu Jitsu black belt Todd Williams! Todd shares his experience transitioning from running to Jiu Jitsu and the development of his RunSafer program. He also shares tips for runners to stay safe on the roads and trails.

Todd started his athletic career in Monroe, Michigan as a youngster participating in every sport (wrestling, swimming, baseball, basketball, football) before transitioning to track and cross country. He was six time State Champion in track and cross country at Monroe High School and was All American his Junior and Senior seasons. He received a full athletic scholarship to attend the University of Tennessee and the success continued. He was four time SEC Champion and eight time All-American. He led Tennessee to the National title his Senior season and served as team captain. His varsity records in the 3k, 5k and 10k at University of Tennessee still stand after twenty two years. After graduating he went on to be one of the best American distance runners of all time. He qualified for two Olympic Games (1992 & 1996) in the 10k and won twenty one US titles on the road, track and cross country course. His talent and hard work gave him the opportunity to compete all over the world against the best. Todd has a black belt in Brazilian Jiu Jitsu and travels the country teaching runners how to stay safe on the roads with his RunSafer workshops.