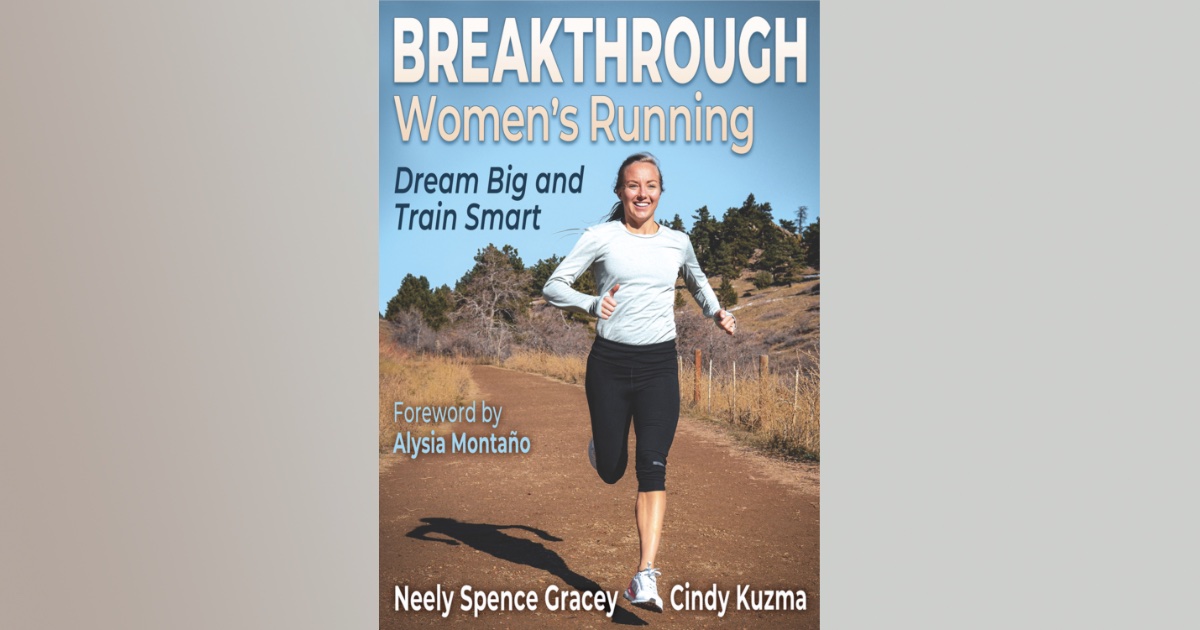 Carrie chats with Neely Spence Gracey and Cindy Kuzma! The co-authors of “Breakthrough Women’s Running: Dream Big and Train Smart” discuss their book, their journeys into running, Neely’s adventures in coaching, Cindy’s adventures in writing and podcasting, and so much more!

Neely began running in 8th grade, and quickly saw success which deepened her motivation to pursue big goals. It started at the high school level where she won four Pennsylvania State Championships. Upon graduation, she attended Shippensburg University, and became an eight time DII National Champion. During Neely’s time at SU, she studied Human Communication with a Coaching Minor because she knew she wanted to become a pro athlete and start coaching other runners towards their goals. In 2012, she signed her first pro contract, and in 2013 Get Running Coaching was born. The business has continued to grow, as has Neely’s family, with the additions of her two sons,; Athens in 2018, and Rome in 2021. She believes coaching helps inspire her to keep working towards her goals as a runner, coach, and mother. Neely is a 3 time Olympic Trials Qualifier. She was the top American at the 2016 Boston Marathon and is the 11th American female ever to break 70 minutes in the half marathon. She is also a Lydiard level I & II Certified Coach. Email Neely to get started on your personalized training plan: neely@getrunningcoaching.com

Cindy Kuzma is a freelance writer, author, and podcaster in Chicago. She first moved there to earn her master’s degree from Northwestern University’s Medill School of Journalism. Once she saw the Lakefront Trail, she decided to stay. There, she’s trained for and completed 23 marathons, including seven in Boston.

Her six years working for medical journals taught her the way around a research paper; now, she’s fascinated by exercise science and how findings in the lab can help everyday athletes improve their performance, prevent injury, and live healthier lives. She also writes frequently about elite runners and Paralympic competitors; everyday athletes accomplishing extraordinary things; health and medical news; and the active community in Chicago, where winter forges deep bonds between those brave enough to train through it.

Cindy is also the coauthor, with her husband Matt Kuzma, of Marathon Spectator Guide—aimed to help those who, like Matt, tirelessly follow their runners around 26.2-mile courses—and also contributed to The Superfood Swap: The 4-Week Plan to Eat What You Crave Without the C.R.A.P., by Dawn Jackson Blatner, R.D.N.

She’s a member of The American Society of Journalists and Authors, Association of Health Care Journalists, and the Association for Women Journalists – Chicago. And, she’s certified as a running coach by the Road Runners Club of America and USA Track & Field (Level 1).