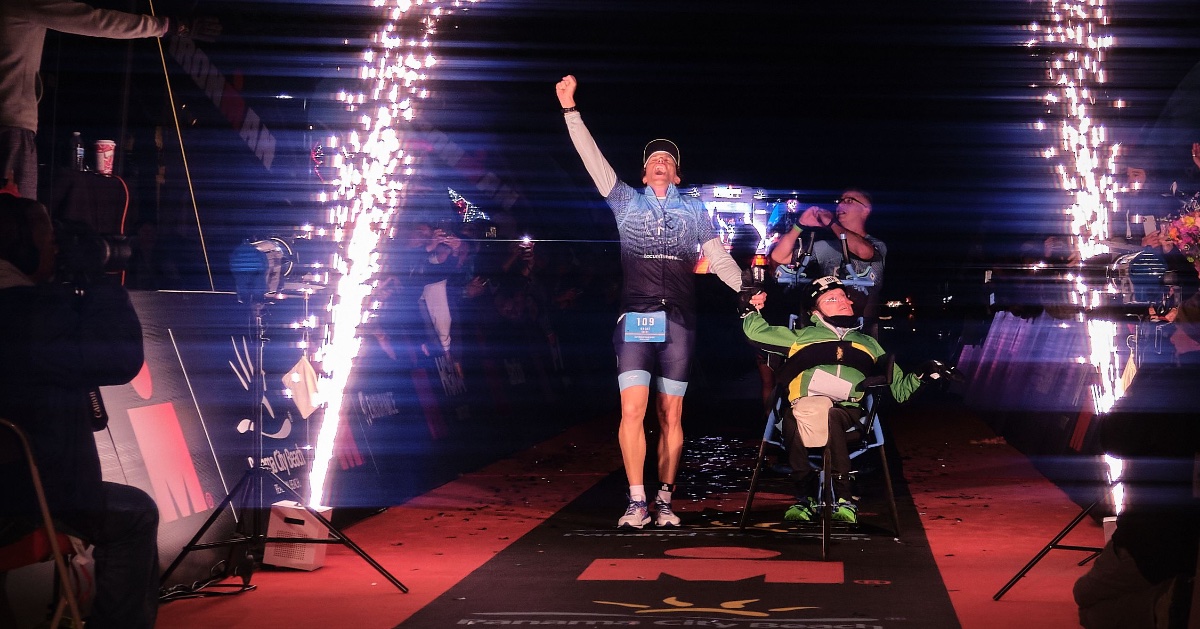 Kyle and Brent Pease – We Pick Each Other Up

Carrie chats with Kyle and Brent Pease! Kyle, who has cerebral palsy, has partnered with his brother Brent to complete 75 races together (including the Ironman World Championships in Kona, Hawaii!). In this episode, they talk about their upbringing, their training, their racing, the bond that they share, the parts of racing, the equipment they need to compete, and so much more!

A four-time IRONMAN triathlete, Kyle Pease has a career total of more than 75 races. Since 2011, he and his brother, Brent, have competed in races across the country, most recently becoming the first brother duo in history to complete the grueling IRONMAN World Championship in Kona, Hawaii. Born with Cerebral Palsy, Kyle has strived for life beyond his wheelchair. Through his work with the Kyle Pease Foundation, he’s focused on creating opportunities for inclusion in sports for athletes with disabilities. A motivational speaker and greeter at Piedmont Hospital in Atlanta, Kyle graduated from Kennesaw State University with a B.S. in Sports Management.

Brent began his road to fitness in 2007 training for a 10k. Setting his sights on loftier goals, he went on to complete his first IRONMAN triathlon in 2010 and has not slowed down. He has since finished more than 100 races, including 10 IRONMAN and several 70.3 and Olympic distance events. Off the course, Brent is multi-sport coach with Dynamo Multisport as well as the Executive Director of the Kyle Pease Foundation. A graduate of Florida State University, Brent resides in Atlanta with his wife and two kids.

The Pease brothers have completed more than 75 races together since 2011, including four IRONMAN triathlons and countless other endurance races. In October 2018, the brothers made history as the first brother duo to complete the IRONMAN World Championship in Kona, Hawaii.

Together they empower athletes with disabilities to compete in the multisport and endurance world through their non-profit organization. The Kyle Pease Foundation promotes success for young persons with disabilities by providing assistance to meet their individual needs through sports and competition. Since its inception, it has championed more than 100 athletes across 60 events.

Through speaking engagements, the Pease brothers share their message of inclusion and help to define what is truly possible.