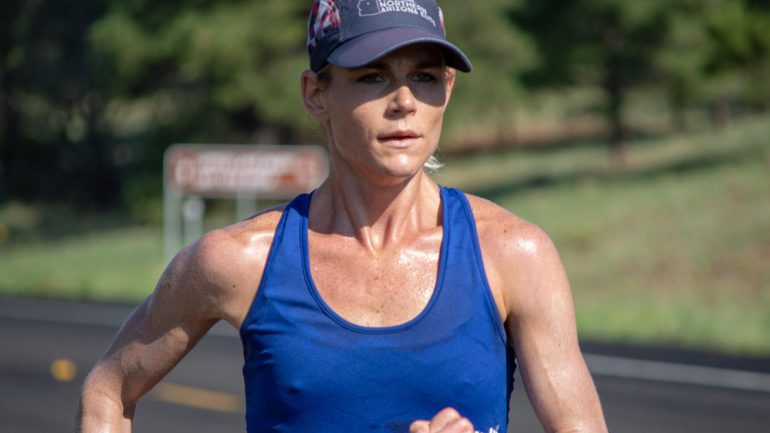 Kellyn Taylor – Be The Fire

Carrie chats with elite runner and firefighter Kellyn Taylor! They discuss her marathon career (and how it took off right from the beginning), battling fatigue, training to be a firefighter, her next marathon, and how she and her husband raise their daughter.

You’d be hard-pressed to find a tougher athlete than Kellyn on the pro running circuit. She’s a mom to daughter Kylyn, while at the same time running 100 miles a week and studying to be a firefighter. Yes, that’s right. When she finishes her running career she’s going to fight fires!