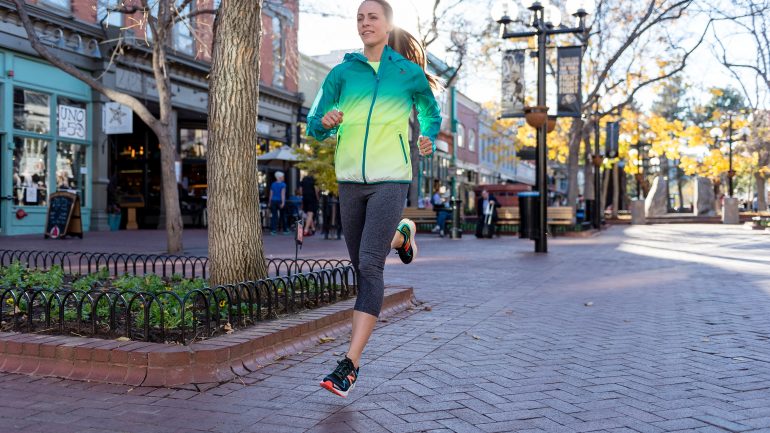 Carrie interviews Olympian and World Champion Jenny Simpson! Jenny discusses her sister’s deployment to Iraq, her new her new role as an ambassador for the New York Road Runners and her future racing aspirations.

Jenny attended Oviedo High School in Oviedo, Florida where she was an 8-time State Champion and set 4 state records. She attended the University of Colorado, Boulder where she set NCAA records in the mile, 3000m steeplechase and 5000m (outdoors). During her time at the University of Colorado, she qualified for the 2008 US Olympic Team in the Steeplechase. Jenny has represented the United States in three Olympic Games, 2008 (steeplechase), 2012 (1500m) and 2016 (1500m). She earned a bronze medal at the 2016 Olympic Games in Rio, becoming the first American woman to medal in the 1500m. Jenny is also an 11-time USA track and field champion a 3-time World Championship medalist in the 1500m. Jenny lives in Boulder, Colorado with her husband Jason and runs for New Balance.