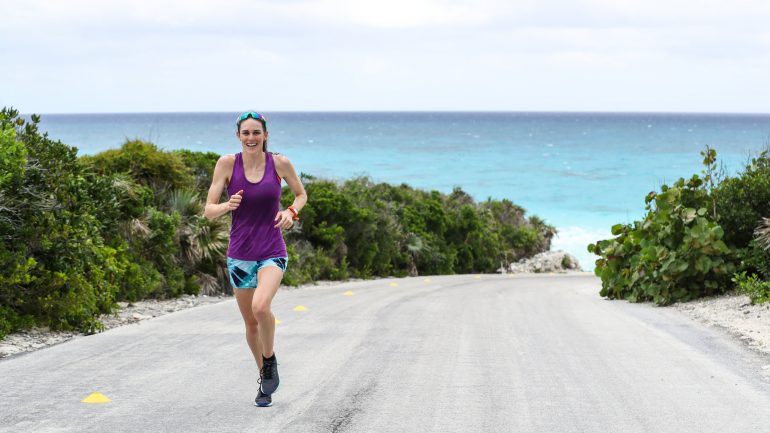 Carrie catches up with 2016 Olympic gold medalist Gwen Jorgensen! They talk about Gwen’s family (and her husband Pat’s wild adventures on the bike and in the kitchen), running hundreds of miles a week while staying healthy, and her fun YouTube channel.

Less than two years after Gwen Jorgensen began professionally racing triathlon, she qualified for the 2012 London Olympics. Gwen won the ITU World Triathlon Series in both 2014 and 2015. In 2016, Gwen became the first American to win an Olympic gold medal in the sport of triathlon during the Rio Summer Games. She is currently member of the Nike Bowerman Track Club and training for the 2020 Olympic Marathon.