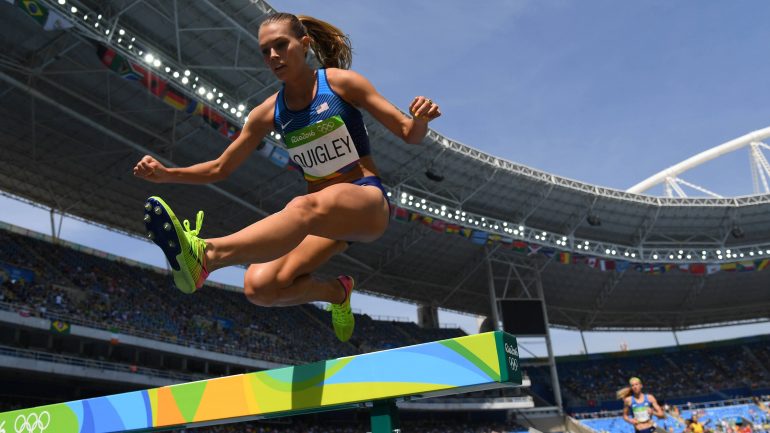 Colleen Quigley: The Dream I Want to Chase

Carrie interviews Olympian Colleen Quigley, who is a two-time World Championship qualifier in the steeplechase and the third fastest steeplechaser in US history. In this episode, they discuss what she’s doing on her break from running, her love of the Bowerman track club, being disqualified in last year’s world championships, Fast Braid Friday, and life as a professional runner/model.

Colleen Quigley is a 2016 Olympian and 2X World Championship qualifier in the steeplechase and the 3rd fastest Steeplechase in US history. She was 2nd at the USATF Indoor Championships in 2018 and finished 9th in the 2018 World Indoor Championships. She won the NCAA championships while at FSU and was a state champion and Footlocker Cross Country finalist in high school. Colleen gave up a promising modeling career to pursue her goals in track and field and hasn’t looked back. In addition to being a driven athlete, she is an activist for young female runners with a platform called Fast Braid Fridays. She is also a volunteer coach and is quite the cook with a specialty in Granola. She is member of the Nike Bowerman Track Club (aka Bowerman Babes) which is based in Portland, Oregon.