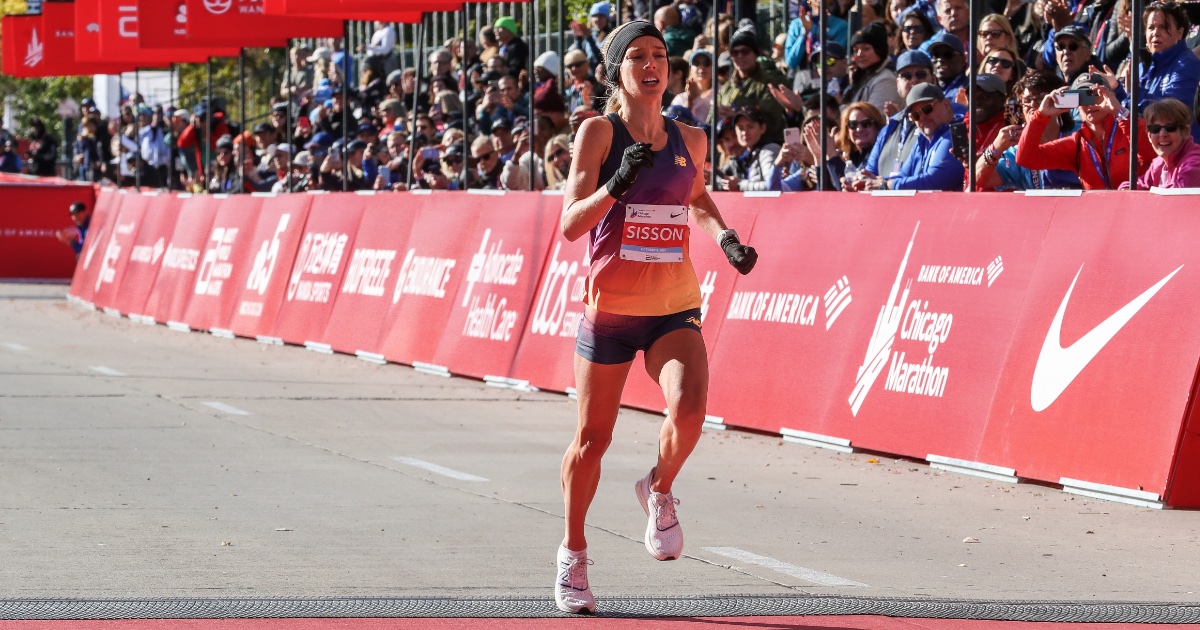 Emily Sisson – See You in 2 Hours and 18 Minutes

Emily Sisson joins Carrie in front of a live audience fresh off her performance capturing the American Record at the 2022 Bank of America Chicago Marathon! They break down the entire day, including her pre-race preperations, getting through her rough patch, turning off her brain and trusting her pacers, how she negative split, who her first hug was after the race, the next goal to start working towards, and so much more!

Bio courtesy of UCAN
Emily Sisson is a 2021 Olympian and American Record Holder in the Half Marathon & Marathon, and is a professional runner with New Balance. Her long list of career highlights includes competing at the Tokyo Olympics, where she finished as the top American in 10th place after winning the 10,000 meters at the U.S. Olympic Track and Field Trials. In clocking a 31:03.82 at the Trials, Sisson broke the 17-year-old Trials record set by Deena Kastor in 2004. In 2019, she ran the fastest American marathon debut ever on a record-eligible course (2:23:08). In January of 2022, she broke the American Half Marathon record at the Houston Marathon with a time of 1:07.30. At the 2022 Chicago Marathon, Emily broke the American Marathon record by over 40 seconds, with a time of 2:18.29. She’s a two-time USATF Champion, a two-time NCAA Champion and the NCAA indoor record-holder at 5000m.