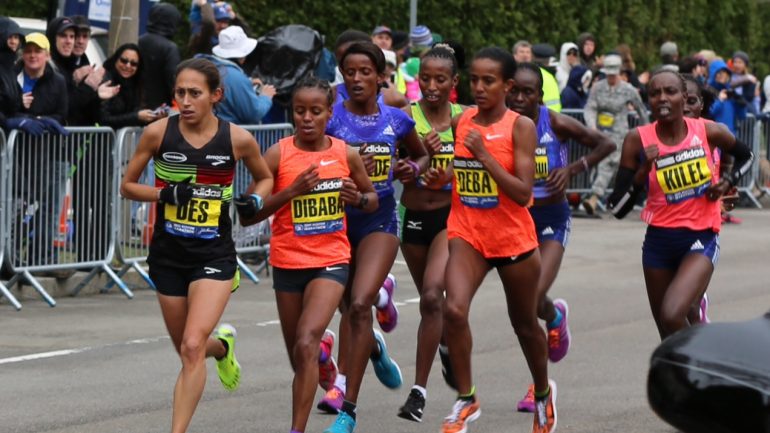 Two-time U.S. Olympic Marathoner Desiree Linden finished 7th at the Rio Olympic Games. She is a native of San Diego suburb Chula Vista, California. Linden earned All-American honors in both cross country and track during her tenure at Arizona State University before joining the Hansons Brooks Distance Project in Rochester, Michigan. Desiree wowed the marathon world with her near win at the 2011 Boston Marathon. Her second place finish, an incredible 2:22:38, set an all-time U.S. record on the Boston course (since broken) and made her the third fastest American ever. She was named USA Track & Field’s Athlete of the Week for her performance. In 2015, Desiree participated at the Boston Marathon which featured a strong international field and the top three US marathoners. She finished as top American and held on for a strong 4th place finish, less than 45 seconds from the win. She bested two former Boston champions, a Berlin and Rotterdam Marathon champion, and the World Junior Record holder. In the summer of 2015, Desiree earned the Pan-Am Games Silver Medal in the 10,000 meter race. In early 2016 she finished 2nd at the US Olympic Marathon Trials in LA, she followed that up with a runner-up performance at the US Half Marathon Championships before heading to the Rio Olympic Games. Other career highlights include earning her spot on the US Olympic Team at the 2012 London Summer Games with a runner up performance at the U.S. Olympic Marathon Trials (2:25:55), a runner up performance at the 2013 US Half Marathon Championships, 11th at the 2009 Marathon World Championships (2:27:53) and multiple top five performances at four of the six World Marathon Majors: her Boston runner-up in 2011, 2nd at the 2010 Chicago Marathon (2:26:20), a 4th at the 2017 Boston Marathon, and 5th place showings at the 2008 Chicago Marathon (2:31:33), 2013 Berlin Marathon (2:29:15) and blustery conditions at the 2014 NYC Marathon (2:28:11) where she was the top American. Earlier in 2014, she clocked an impressive 2:23:54 in Boston. Desiree graduated from Hilltop High School in Chula Vista in 2001 and studied psychology at Arizona State University. A self proclaimed bacon aficionado, her hobbies include writing, collecting assorted whiskeys, coffee drinking, throwing out first pitches at Major League ballgames, relaxing with her dog Atlas, listening to good music and outrunning her husband, fellow marathoner, budding triathlete and Kona veteran, Ryan.