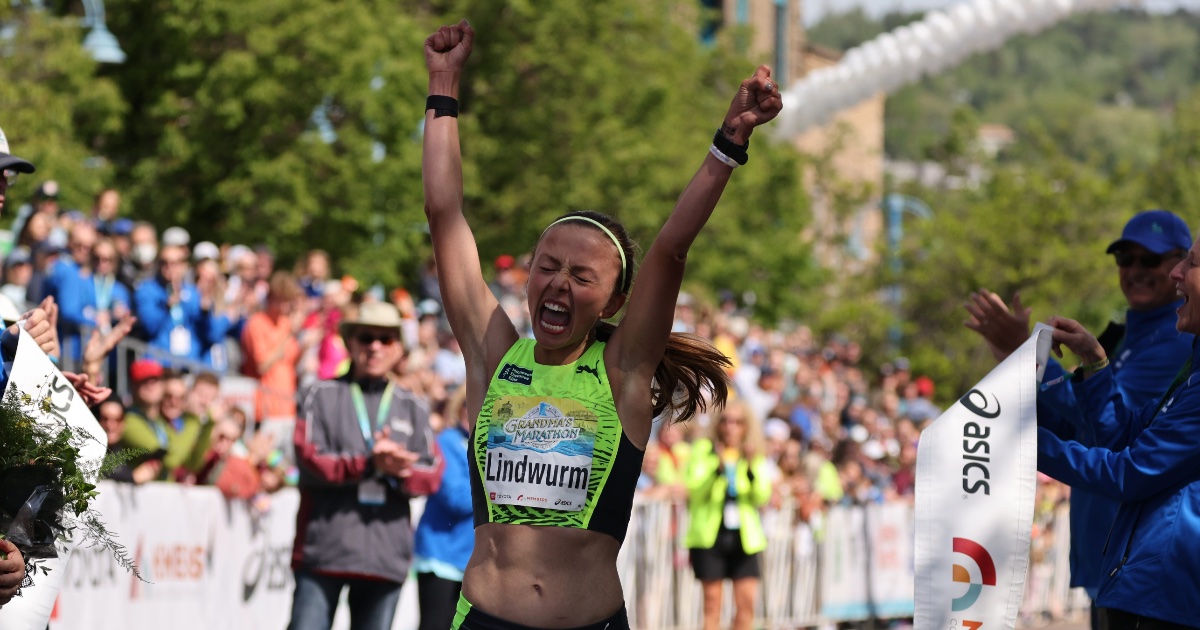 Dakotah Lindwurm – Swinging for the Fences

Carrie chats with Dakotah Lindwurm! The 2022 Grandma’s Marathon champion talks about her second victory at that race, her last minute thoughts on going for the record, being part of a small but mighty pack of ladies up front, doing the Macarena close to the end, being sponsored for the first time, what’s next for her, and much more!

Bio courtesy Minnesota Distance Elite
Dakotah is a 2013 graduate of St. Francis High School in Minnesota where she competed in track and cross country. She was also the goaltender for the combined St. Francis/North Branch high school girls hockey team.

After completing her collegiate running career in the fall of 2017, Dakotah has focused on becoming a professional runner with the goal of competing in the marathon. In the spring of 2018, she won the USATF Minnesota 8k Championship, she was first at the Women Run the Cities 10 Mile in Minneapolis, and made her debut in the half marathon at the Garry Bjorklund Half in Duluth with a time of 1:16:16.