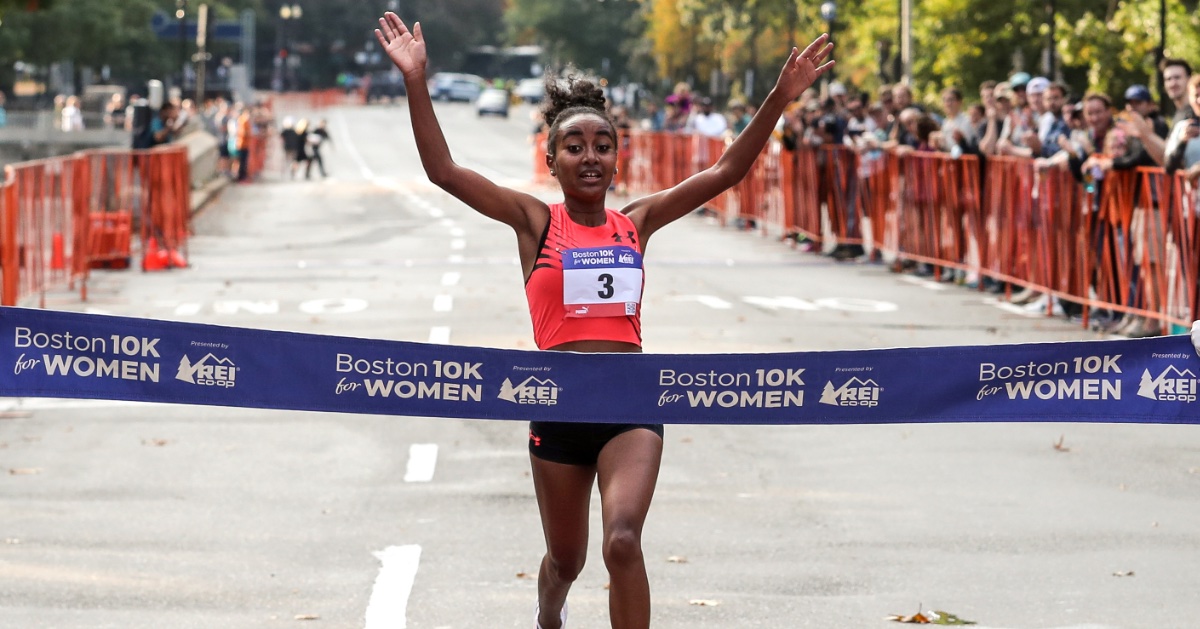 Carrie chats with Weini Kelati! They talk all about her recent USATF road 5K championship victory, coming to the US from Eritrea, winning the Footlocker championships, winning the NCAA championship at the University of New Mexico, signing a pro contract with Dark Sky Distance, and so much more!

She won the 10,000 m at the 2019 NCAA Outdoor Championships and won the 2019 NCAA Division I Cross Country Championships. She was named the Honda Sports Award recipient for cross country that year. She forgoed the remainder of her collegiate eligibility and signed a professional contract in November of 2020 with Under Armour’s elite team, Dark Sky Distance.

On 5 December 2020, she ran a 10,000 m race and qualified by Entry standard for the 2020 Summer Games, with a personal best time of 31:10.08, also an Eritrean national record – at JSerra Catholic HS, in San Juan Capistrano. But for her first participation to US Trials in Eugene, a few days after becoming American, she did not finish the 10,000 m.