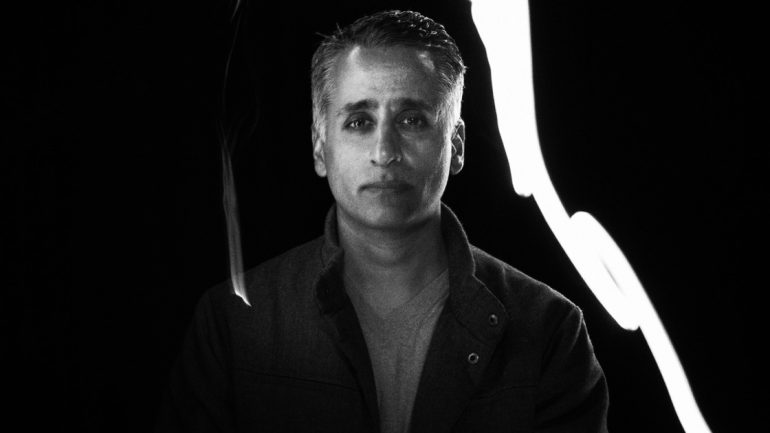 Carrie connects with filmmaker Sanjay Rawal! They discuss his latest film (3100: Run and Become) and how he wants to break 2:30 for the marathon, and he also leads Carrie through a meditation technique.

Sanjay was a high school middle distance runner in California in the 90s racing the 400, 800 and 1600 at state invitationals. His first generation immigrant parents made him hang up his spikes and focus on the path to medical school. But after he finished his undergraduate degree, he rebelled and moved to New York to study with an Indian spiritual teacher, Sri Chinmoy, who was at the heart of the running boom of the 70s.

Sanjay spent the next 15 years working on human rights campaigns globally. He also ran initiatives for acclaimed artists and philanthropists, one of whom encouraged him to start making films. Sanjay’s first documentary, FOOD CHAINS (2014), was produced by Eva Longoria and Eric Schlosser with narration by Forest Whitaker.

Sanjay’s second effort, 3100: RUN AND BECOME was released theatrically in the US in 20 markets last fall. It is now available on online platforms. It focuses on the world longest race: the Self-Transcendence 3100 Miler- 3,100 miles all around a city block in NYC. But the film shows rare glimpses of traditional, nay ancient paths of running – the Navajo, the Kalahari Bushmen and the Japanese Marathon Monks.

The film took Sanjay back to his running days of youth and re-ignited a deep love of the sport. At the same time, through his experiences running with the Navajo, Bushmen and Marathon Monks, he began to see a side of running he had always overlooked – that it could be a pathway to transformation.