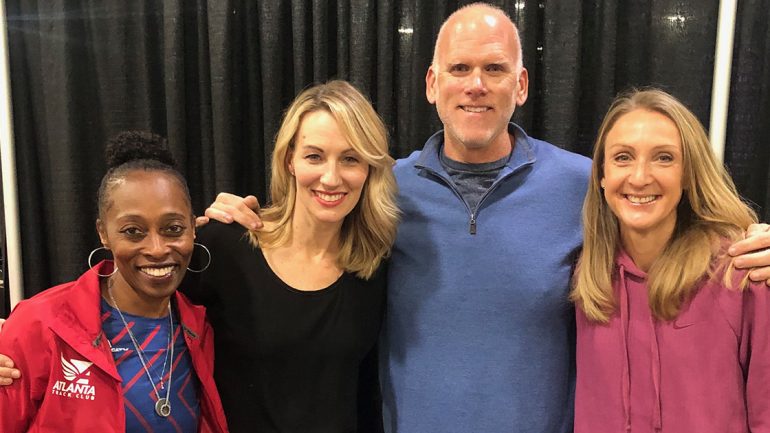 Carrie is joined LIVE by fellow Olympians Paula Radcliffe, John Godina, and Gail Devers at the America’s Marathon Weekend Experience prior to the 2020 Olympic Marathon Trials! They chat about their Olympic experiences in 1996, what separates them from everyone else as Olympic medalists/world champions, training for the half marathon, and much more.

One of the most decorated US Shotputters of all time. John is a 3X World Championship Gold Medalist and owns two Olympic medals. 3X Olympian.