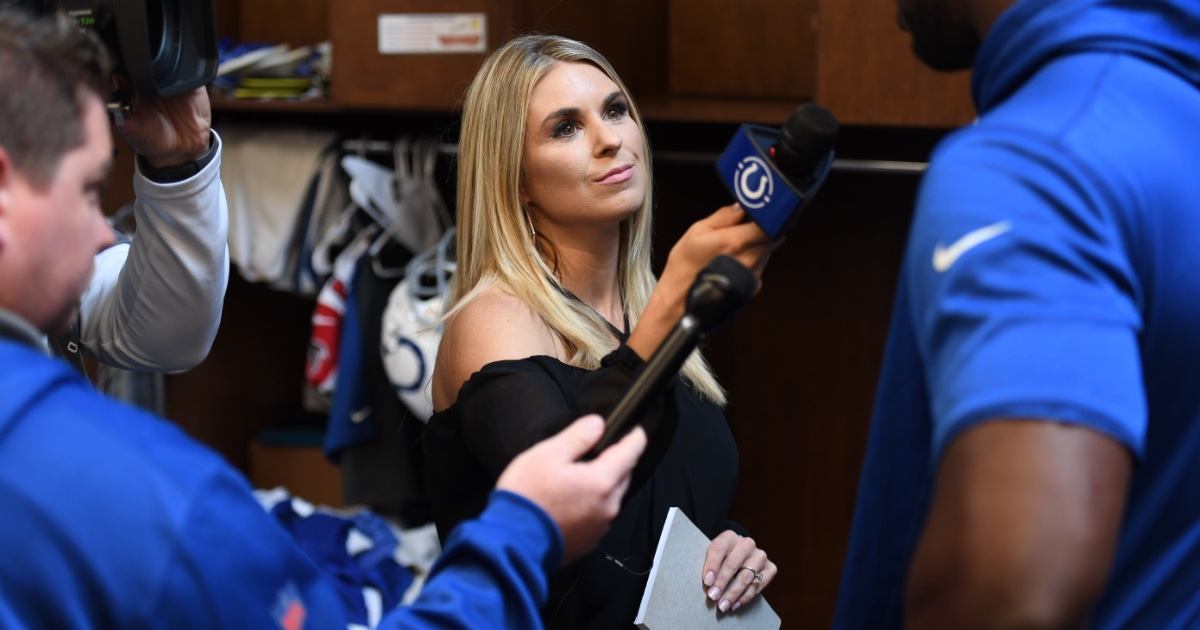 Carrie chats with Emmy award-winning producer and sports reporter Larra Overton! They discuss her history running at Indiana University, what it’s like to run every day for nearly two years, what it takes to put on a broadcast of a track event, being the first female to do in-stadium PA announcing at the Olympic Track and Field Trials, and so much more!

Larra Overton appears across Colts media platforms as producer, host and reporter for Colts Productions. She hosts the Colts weekly TV show, Colts 360, serves as the sideline reporter for the preseason TV broadcasts and also the regular season radio broadcasts. Larra joined the team in July 2019 after five years at Fox59 WXIN and CBS 4 WTTV in Indianapolis.

In addition to her various roles with the Colts, Larra also works as a track & field analyst and sideline reporter for USATF, ESPN and BTN.

Larra grew up in New Albany, IN and attended Indiana University where she was a captain on the track & field and cross country teams, competing in multiple NCAA Championships, All Big Ten and Academic All American. After receiving her bachelor’s degree in Journalism and master’s in Sport Communication from IU, she began her broadcasting career as an associate producer at Fox41 WDRB in her hometown market of Louisville, KY.

Larra made her reporting debut for Big Ten Network, covering IU and Purdue football. Her career took her to WTWO in Terre Haute, IN as the weekend sports anchor and sports reporter.

A proud Indy resident since 2010, Larra can often be found running and competing in local road races, walking with her English Mastiff, Tugboat, or biking with her husband, Dan. Follow her on Twitter and Instagram, @larraoverton.