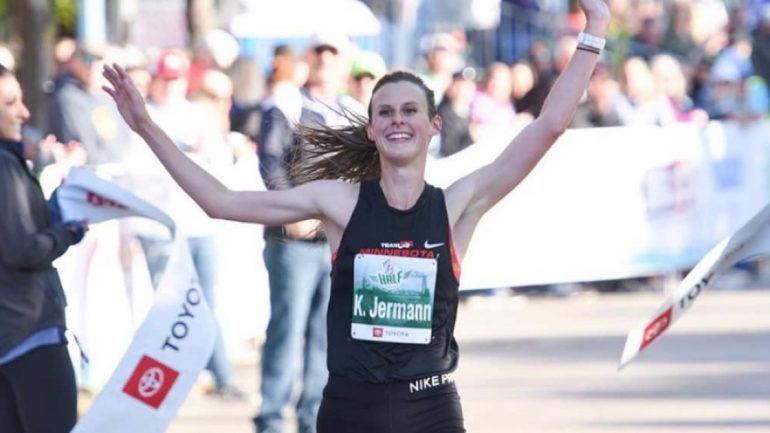 Carrie goes for a run with Team USA Minnesota runner Katy Jermann! They chat about her upcoming race at the Olympic Marathon Trials, her work as a teacher, and how she’s worked through her history of injury.

During her running career at Iowa State University, she won two Big 12 Championships, received three All-American honors, and was named the USATFCCCA Midwest Women’s Regional Track Athlete of the Year. In the fall of her final year, the two-time cross country team captain helped lead the Cyclones – she finished 8th individually – to a runner-up team finish at the NCAA Cross Country Championships. Her best time in 6k cross was 19:43.