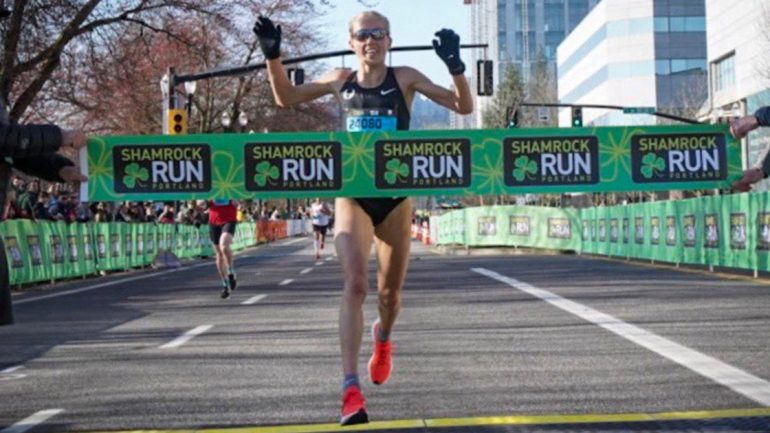 Carrie welcomes Jordan Hasay, America’s second fastest marathoner, back to the show! They discuss Jordan’s recent Boston Marathon performance, coming back from a heel injury that took her out of the sport for 18 months, and her goals of setting an American Record and making her first Olympic team.

Jordan Melissa Hasay (born September 21, 1991) is an American distance runner. She grew up in Arroyo Grande, California, and attended Mission College Preparatory High School in San Luis Obispo. She was unanimously selected 2008 Girls High School Athlete of the Year by the voting panel at Track and Field News.In March 2009, she became the ninth high school athlete and third woman on the cover of Track and Field News magazine.She attended the University of Oregon,where she studied business administration and competed on the cross country and track and field teams earning 18 All-American honors, 2011 Mile and 3,000 meters NCAA titles. Her father was a high school basketball star in Pennsylvania, and her late mother was a national level swimmer in her native England.

On April 17, Hasay finished third in the Boston Marathon. Her time of 2:23:00 was 10 seconds behind second place finisher Rose Chelimo, with the winner Edna Kiplagat recording a time of 2:21:52. Hasay’s finish time was the fastest debut marathon by a U.S. woman by almost three minutes.