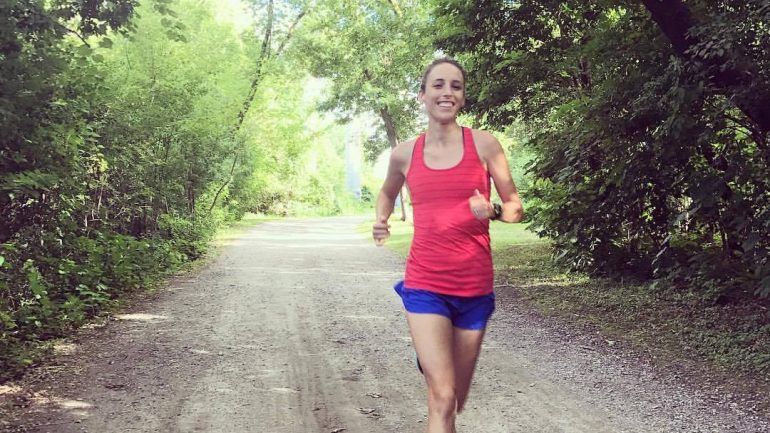 Carrie interviews elite runner Gabriele Grunewald as they go for a run on the Brave Like Gabe 5k race course! Gabe discusses preparing for the inaugural Brave Like Gabe 5k, coaching Chip Gaines in his first marathon, and she shares the latest on her immunotherapy cancer treatment.

Gabriele “Gabe” Grunewald is a professional middle-distance runner, multi-time cancer survivor, and new founder of Brave Like Gabe, a nonprofit dedicated to supporting rare cancer research and empowering all cancer survivors through physical activity. She is a lifelong Minnesotan and former University of Minnesota Golden Gopher, where she initially walked-on before becoming an NCAA runner-up in the 1500-meters in 2010. Gabe is a USA Track & Field champion (2014 indoors) and has inspired many through her efforts to continue training and racing through her lengthy battle with a rare cancer, adenoid cystic carcinoma. Her role as an advocate and inspiration in the cancer community has grown in recent years but she is still running and aiming for the USA Olympic Trials in 2020.