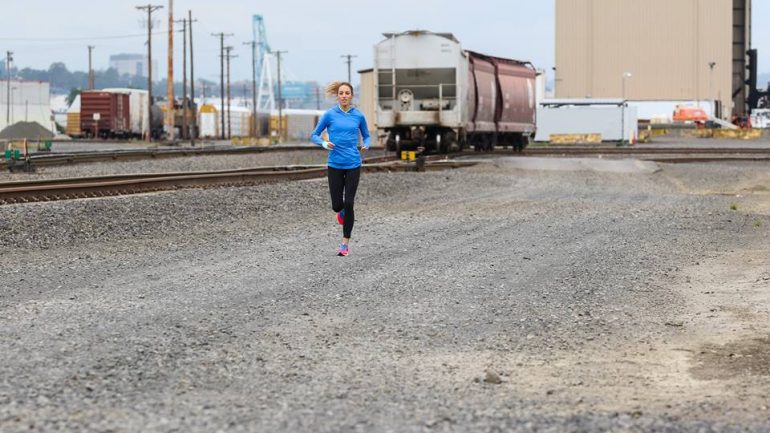 Carrie goes for a run with elite runner and cancer survivor Gabe Grunewald! Gabe gives listeners an update on her cancer treatment and future racing goals. She also talks about coaching HGTV Fixer Upper’s Chip Gaines in his first marathon and her upcoming Brave Like Gabe 5k race.

Gabriele Grunewald (née Anderson) is a professional American middle-distance runner and lifelong Minnesotan, born and raised in Perham, MN. She won one track & field state title in the 800-meters competing for Perham High School. Gabriele walked-on to the University of Minnesota cross country and track & field teams in 2004, where she was a part of several Big Ten Championship squads and eventually became an NCAA track & field All-American with a runner-up finish in the 1500-meters in 2010, her final collegiate race. Gabriele has run professionally for Brooks since 2010. Her career highlights include a 4th-place finish in the 2012 USA Olympic Trials and a USA Championship title in the Indoor 3000-meters in 2014. Her personal best in the 1500-meters is 4:01.48, making her the 11th fastest performer in USA history. Under the guidance of Coach Dennis Barker, Gabriele has her sights on the 2020 USA Track & Field Olympic Trials. Gabriele has survived multiple bouts with a rare salivary gland cancer, adenoid cystic carcinoma. When not training and competing, she lends her voice and story to the rare cancer community through speaking engagements and advocacy. Gabriele lives and trains along the banks of the Mississippi River in Minneapolis with her husband, Justin.