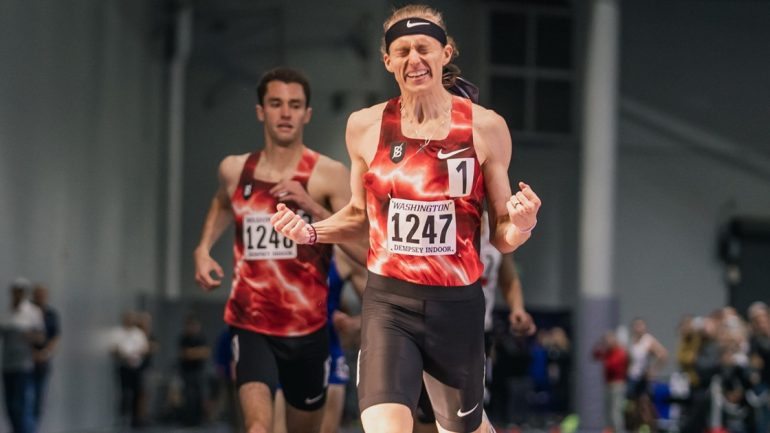 Evan Jager – Grinding Through It

Carrie chats with Steeplechaser, Olympian, and American Record Holder Evan Jager! They discuss his silver medal performance in Rio, how it feels to have the Olympics pushed back a year, his training, his goals, and whether or not a Harley Davidson motorcycle is in his future.

Known for his long, flowing stride and longer, more flowing* hair, Evan is one of the brightest stars in American distance running. A prodigious talent, he won everything there was to win in Illinois high school competition, claiming titles in XC, 1600m, and 3200m as well as anchoring the State Record 4x800m. From Jacobs High School he went on to the University of Wisconsin. After his freshman year Coach Jerry Schumacher moved to Portland to establish a professional group and Evan boldly followed him. His boldness was quickly rewarded with a World Championships team appearance in the 5,000m in 2009.