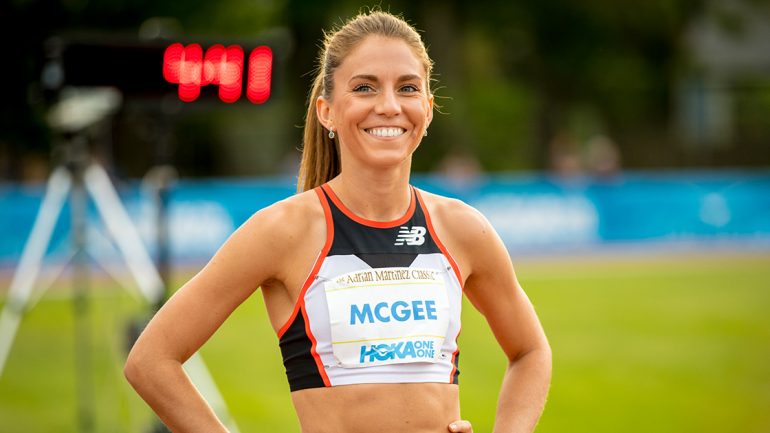 Carrie chats with professional runner Cory McGee! They recall their first encounter at the 2004 Athens Olympic Games (where Cory’s dad was working with the FBI), what it’s like to win 22 state championships in high school, and what Cory is doing to prepare for the 2020 Olympic Games.

Cory McGee is an American middle-distance runner from Pass Christian, MS. McGee was a twenty-two time Mississippi high school track and field state champion and two time Indoor National Champion while at Pass Christian High School. She attended The University of Florida and was a five time SEC Champion as well as two time NCAA runner up. In 2013, McGee finished third in the 1500 meter event at the USA Outdoor National Championship and represented the United States in Moscow at the World Outdoor Championships. In 2014, McGee signed a contract to represent New Balance. She has since represented the United States in the 2015 Pan American Games and 2016 World Indoor Championship. She has PR’s of 2:01-800m, 4:06-1500m, 4:27-Mile.