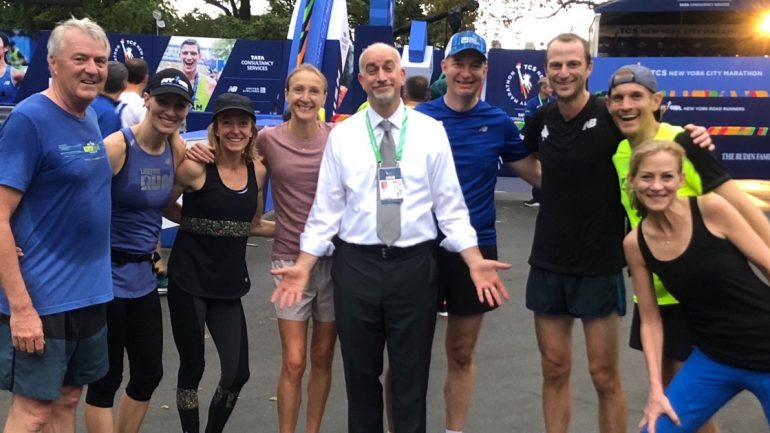 Carrie chats with Chris Weiller, the Senior Vice President of Media, Public Relations & Professional Athletics with the New York Road Runners! They chat about NYRR’s response to the COVID-19 crisis, the future of races, helping the youth during this hard time, and Chris’ inspiring weight loss journey.

Chris Weiller joined New York Road Runners in October 2013 as vice president of media and public relations and later added the responsibility of overseeing the organization’s efforts in professional athletics. In 2016, Weiller was promoted to senior vice president of media, public relations, and professional athletics. He leads a team that handles the organization’s media and public relations efforts for events and mission-focused initiatives as well as NYRR’s recruitment of professional athletes for races including the TCS New York City Marathon, United Airlines NYC Half, New Balance 5th Avenue Mile, NYRR New York Mini 10K, and more. Weiller also plays a key role in the production of NYRR’s television broadcasts, manages the organization’s celebrity relationships, and directs other special projects. As NYRR grows and supports the sport and activity of running in NYC and beyond, Weiller is an important figure in presenting the organization and its important work to the world.

Weiller brings years of sports and communications experience to NYRR, having worked for nearly three decades at the intersection of athletics and culture with the goal of making a positive difference in communities. He joined NYRR from UNICEF, the world-renowned children’s humanitarian organization, where he activated strategic partnerships with sports organizations and athletes that helped elevate the lives of children around the globe. Prior to moving into the mission-focused non-profit sector, Weiller held senior marketing and communications positions with the National Basketball Association, Charlotte Bobcats, Chip Ganassi Racing, New York Knicks, and Madison Square Garden.

Weiller is a graduate of the Roy H. Park School of Communications at Ithaca College, where he also played football. He is a born-and-raised New Yorker and currently lives in Northern Westchester with his family.