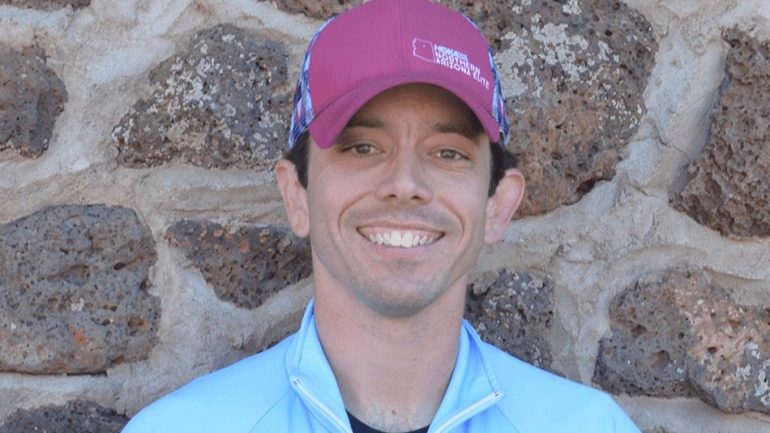 Carrie catches up with Northern Arizona Elite head coach Ben Rosario! Ben discusses the early days of starting NAZ Elite and shares the latest news about his athletes. He also offers advice for beginning runners, and he emphasizes the importance of getting involved in a running group to stay motivated.

Ben was a Division II All American at Truman State University, before landing a spot on the Hansons-Brooks Distance Project team in 2003. There he became the youngest qualifier for the 2004 Olympic Trials Marathon where he finished 37th. He returned to his hometown of Saint Louis in the summer of 2005 and that fall finished second at the U.S. Marathon Championships at the Twin Cities Marathon. He ended his career with personal bests of 4:03 in the mile and 2:18 in the marathon. Ben has coached everyone from third graders, to beginning adult runners to World Championship performers. His motivational skills and training knowledge have translated to success at every level. Ben has been just about everything in the running industry; elite athlete, special events director for a big city marathon, running store owner, marketing director, elite athlete coordinator and of course…coach. His number one passion though, has always been the competitive side of the sport and he brings a healthy obsession for success to his role as coach/president of Northern Arizona Elite.